The number of employed people increases, according to the latest EPA of 2020

Last week the EPA data for the last quarter of the year and the balance that the COVID crisis has meant for employment in 2020 was published. It can be noted that the projections of the middle of last year were worse than they have finally turned out. And, to a great extent have been stopped by ERTE, as analyzed by specialists. With a positive data in the lead, and it is the increase in the number of employed by 167,400 people compared to the previous quarter.

Those who are in an ERTE are busy people

The EPA itself makes the exception that reference bodies in terms of employment such as the ILO and Eurostat consider that people receiving an ERTE are busy, so the data on job loss are smoothed thanks to this novelty in the definition of the concept. If the entire year 2020 is considered, employment decreased by 3.12%.

The temporary employment is the one that has suffered the greatest drop during the last twelve months. There have been 397,100 temporary positions compared to 207,500 permanent ones. However, this last quarter has recovered.

The increase in employment among women in this last quarter, with respect to males. There are 151,800 more women employed compared to 15,600 men. Some analysts explain that the loss of the main income in households, in a high percentage contributed by men, has driven to seek employment for women to try to make up for it. Still, the gender gap in unemployment places women at 18.33% compared to 14.17% of men. 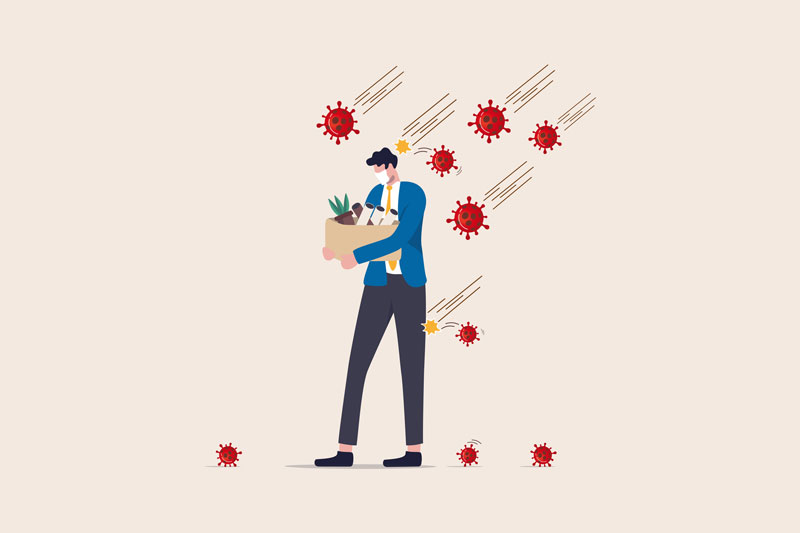 Peculiar data in this EPA

The special circumstances of the pandemic have caused the EPA to consider some data that are normally offered with a longer interval. For example, effective hours worked. This figure was significant during the second quarter of the year for assess activity data. The consideration of the people who were in an ERTE as employed made it difficult to verify the impact of the covid and the confinement it had had on employment. The effective hours worked, however, gave the key when experiencing a significant decrease in those months.

Although there has been a increase in these hours compared to the previous quarter (10.06%), the annual calculation points to a decrease in hours worked of 6.11% compared to the same period in 2019.

10% of the people who work do so remotely

Another peculiar data that the EPA did not collect previously is the telecommuting. This way of working that has been trending topic In the analysis of employment throughout the year, it also shows significant data in the last three months, in addition to the annual balance. In the last quarter of 2020, almost one in ten people with a job (9.95%) exercised it from home (or remotely). This dAs a percentage of people who teleworked in December 2019 which represented 4.81%.