Everything you need to know to understand payroll

Digital or on paper, more punctual or late, every month people who work for others must receive a payroll from their company. If an average worker contributes for about 35 years, he will have received approximately 420 payrolls throughout his life. The payroll shows the salary you receive, broken down into a series of concepts that you may not know or that you are not very clear about. Especially if you are starting your work life.

Maybe it has gone unnoticed, but since 2014, thanks to the modification of the ministerial order that forces to define the individual receipt of wages there is a new official payroll model. We have included an example that you can see below. This new payroll model shows fundamental information that did not appear before: the contributions that the company makes for the worker. We tell you what the main keys are, to clear up doubts when analyzing your payroll.

At the top of the payroll you can see the information from both the company and the worker. In the data referring to the company appears the fiscal name (it is curious to see how different it is sometimes from the commercial name), the tax residence, the CIF and the listing account code (CCC) to Social Security.

In the worker part the full name, the NIF, the Social Security affiliation number, the category according to the agreement to which the company accepts and type of contract (It can be reflected by a code in the form of a number instead of by the literal «work and service», «undefined» …)

Also included in this section is the Settlement Period, that is, the month to which that specific payroll refers. For example, from January 1 to 31, 2021 will be the settlement period of the next February payroll. It also includes the seniority in the company and the discharge date. It may not match, as seniority may be earlier in some cases (due to a surrogacy process, for example). The number of days according to what the agreement considers (natural, effective worked …)

This word encompasses all the concepts that influence the salary and that are added. It can be divided, although this is not always the case, into salary accruals: here is included the base salary (that is, the amount without the bonuses), the salary supplements (antiquity, languages), the prorated extra pay if applicable, perks extraordinary (benefit payments) or the salary in kind.

Deductions: what is subtracted

In this section appear all items that are subtracted from gross salary and that are part of the contributions that the person who works makes to the Social Security system.

They are called common contingencies, and they are essential so that you can receive compensation during a sick leave or non-work accident. It also contains the part that is deducted for the unemployment. This figure will be used to calculate the amount you will receive if you lose your job (with which unemployment is calculated), which corresponds to FOGASA and what is discounted for the bag vocational training, thanks to which all workers can access free courses for employees.

An essential section of this section belongs to the Personal income tax (Tax on Natural Persons). This tax is subtracted because the company acts as a collaborator of the Treasury, deducting it from the payroll and making the corresponding contribution per worker herself (you will see it in the withholding certificate). Personal income tax It is expressed as a percentage and has to do with the professional category and personal circumstances.

The deductions section will also include other items that must be subtracted, such as the advances that were received that month. 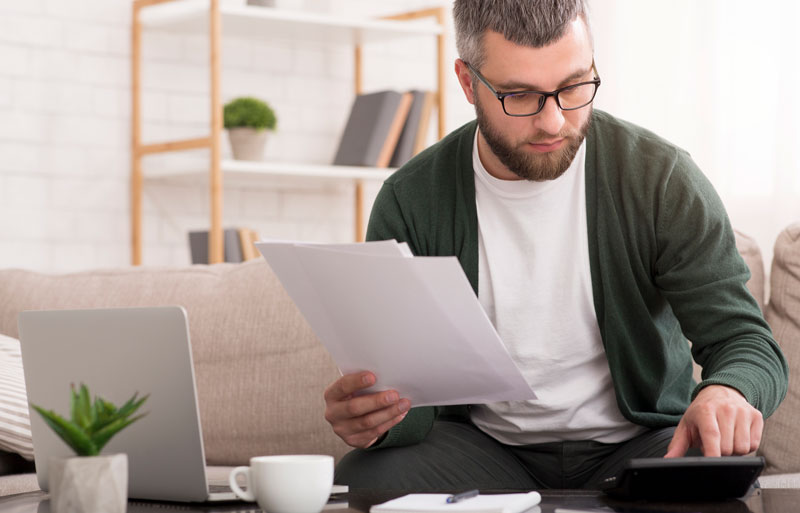 Also normally included in this section of the payroll is the listing group that corresponds to the position. As well as the totals: total accruals and total deductions. The result of the subtraction of these two totals will be the liquid salary that you are going to receive. This is, what you will see deposited in your bank account every month.

Sometimes in the «Deductions» section, others in the lower area of ​​the document, in the liquidation part the amounts that the company is contributing to Social Security. It is a form of ensure that the worker has timely knowledge of the contributions that the employer is doing for him and that will directly affect the amount and time of his benefits when he needs them. 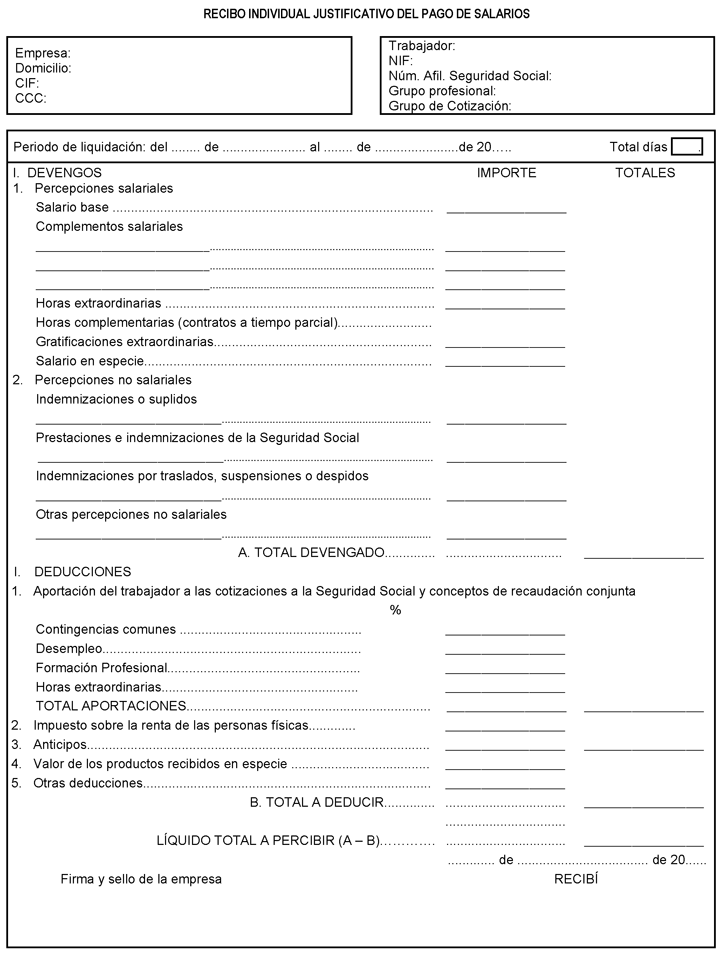 If you are looking for a new job opportunity, don’t wait any longer and find it at Infoempleo. Thousands of job offers are waiting for you!