Can they record me at work without my consent?

The General Data Protection Regulation (RGPD) and the Personal Data Protection Law (LOPDGDD) include the regulations related to video surveillance at work. They can record you, but first they will have to expressly notify you that there is a camera that is going to collect your image. Yes indeed, does not require your express consent if you are caught doing something you should not. On the other hand, they can record you at your post and use the recording for a dismissal from.

Can I be fired if I am recorded committing an illegal act?

A recording of the worker cannot be accepted as proof of dismissal if he was not informed that he was being recorded. Now, articles 22 and 89 of the LOPDGDD regulate an exception in the event that the worker is caught committing an illegal act. Only if there is a visible sign that there are video surveillance cameras would it be admissible to record one of them as proof of this act.

What the regulations for an illegal act refer to is committing a crime, such as taking money from the company’s cash register. But it does not necessarily have to be a crime, it can also be the failure to comply with the labor obligations agreed by contract.

In short, what you have to keep in mind is that, if it is an illegal act, the employer will require less care. In other words, the current regulations lower the information requirement with respect to previous regulations. It will be enough that information is placed in a «sufficiently visible» place in the workplace that identifies «the existence of the treatment, the identity of the person in charge and the possibility of exercising the rights provided», as set out in article 22.4 of the LOPDGDD. 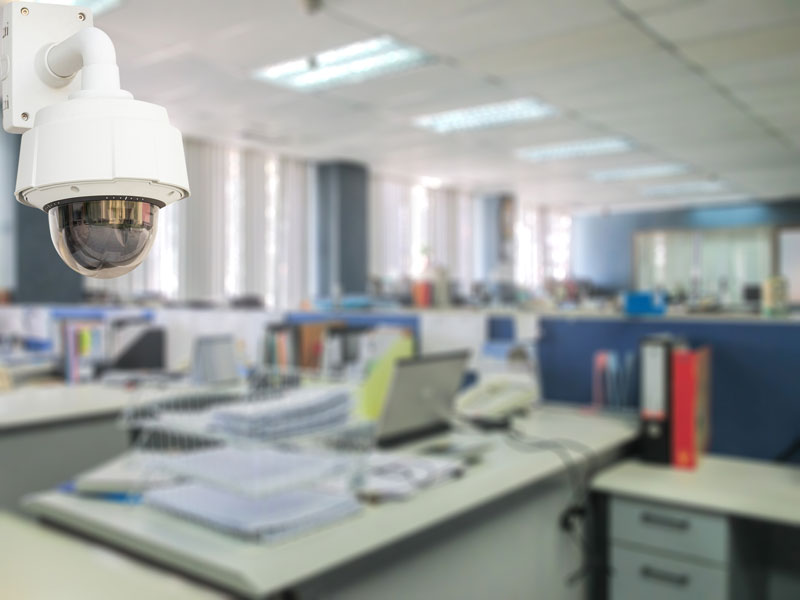 Are they required to ask for my consent to be recorded while I work?

Yes, current legislation indicates that there must be express consent if the recording is to be used later as a test. It can be in the form of clause within the employment contract, so always read this document carefully. If you committed any act that would lead to a proper dismissal, the LOPDGDD would not protect you. However, this condition conflicts with that of only requiring an informational poster in the event of an illegal act. In practice, many judgments have concluded that express consent prevails. Each worker must personally receive this information.

In conclusion, if you recorded in order to control that workers are not absent, that they comply with a schedule or with their obligations, you would have to expressly notify it. That is, it can be recorded with cameras at work for security or staff control reasons. But, faced with a proper dismissal, you have to demonstrate that the employee was fully aware of this measure.

Of course, there is an important exception, they cannot record you as long as you work even if they inform you of it. The recordings to which the Law refers are always in public spaces. The regulations are very clear regarding workers who are employed in a house: «Image processing carried out by a natural person in his own home is considered excluded from these requirements.»

Another important caveat included in the LOPDGDD is that it may not be recorded in places of rest of the employed persons. For example, there may not be cameras in changing rooms, dining rooms, or recreation areas within company premises.

Finally, please note that, according to the GDPR, recordings can only be stored for one month.